ANI | Updated: Jul 20, 2022 17:22 IST
New Delhi [India], July 20 (ANI): Scuffles between partners are a common occurrence. However, recently, the Delhi Metro witnessed a heated argument between a couple over a trivial issue which served as “full-blown” entertainment” to the passengers.
A man named Kartik shared the video on Twitter and wrote, “Delhi metro entertainment”.
Delhi metro entertainment pic.twitter.com/LLdIDHB54N

The 49-second clip revealed a couple fighting over the price of a dress, bought from the famous clothing store Zara. In the tidbits of the conversation, it was overheard that the boy man a Rs 1,000 Zara dress, saying that it seemed to cost only Rs 150. Soon after this remark, the quarrel began.
The girl was seen slapping the man a few times while the man also gave a blow to her. By the end of the video, the woman claimed that no woman deserves a man like him to which the man replied that he would take the issue outside the Metro.
The video has grabbed eyeballs as netizens seemed to enjoy the drama virtually. Soon, Twitter got spammed with hilarious reactions as social media users took a dig at the pair. Check the reactions here.
“Aah haa haa wah… Wah… Gajab ka payar hai.. This is called “WILD LOVE” wrote one Twitter user. 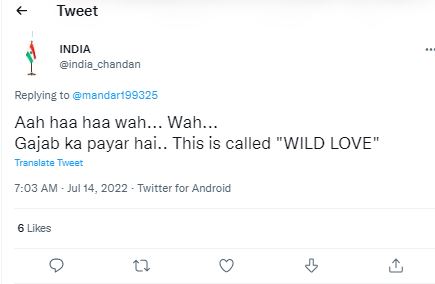 “Broken heart can make a good girl Goondi too,” joked another Twitterati. 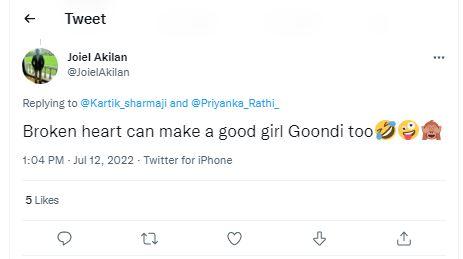 “Full entertainment in Delhi Metro. This girl slapped the boy over disagreement on price of Zara T-Shirt. Even actress like Katrina Kaif or event like Sushmita Sen, Lalit Modi can’t give this kind of laughing moments,” commented a third user.