The Sikkim Government has announced that female teachers under the Education Department shall be granted maternity leave for a period not exceeding 365 days. Out of this, they can avail 60 days, before date of expected delivery.
According to an official notification issued by the state administration, male teachers under the Education Department can avail 30 days of paternity leave during the same period. 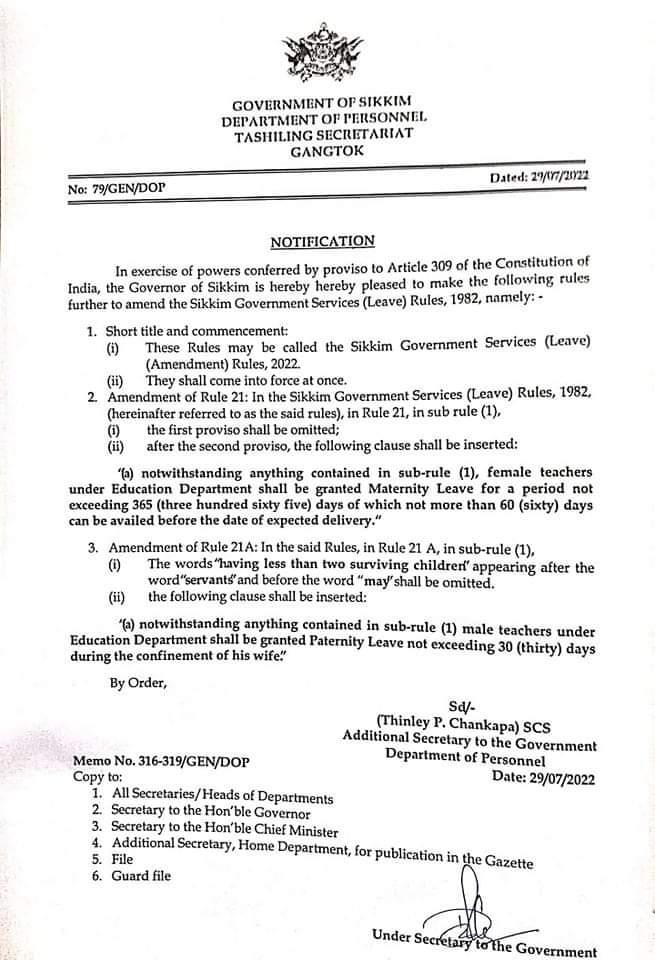 Its worthy to note that the Sikkim Chief Minister – Prem Singh Tamang (Golay) on the occasion of the ‘Children’s Day celebration and State Award to Teachers 2021’, announced an enhancement in the period of maternity leave for teachers from six months to one year from the next financial year.
Especially mothers after giving birth need one year of maternity leave, which has been officially recommended by the World Health Organization (WHO). Keeping this in mind, the government has decided to extend the maternity leave for teachers to one year, instead of six months. While, for fathers, it will be extended to one month, which was earlier kept for 15 days.
As per the existing rules, mothers working in the government sector can avail six months of maternity leave, while paternity leave is for 15 days.
© Northeast Today. Powered by THINKCEPT.