New Delhi [India], May 24 (ANI): Deputy Chief Minister of Delhi Manish Sisodia on Monday discussed Delhi’s education model in front of 122 education ministers and experts from across the world at Education World Forum-2022, in London.
Addressing the event, Sisodia, who is also Delhi’s Education Minister, said, “When I speak about the future of education, I do not mean only about the future of the students who are studying in the schools. But also about the future of families, societies and nations. Education today is not only about educating those who are uneducated and under-educated, but also about educating those who are being miseducated.” 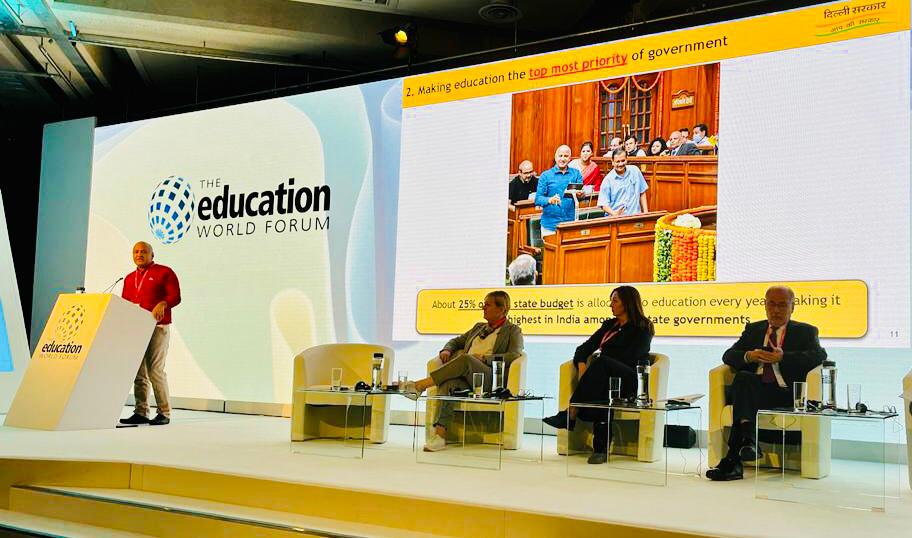 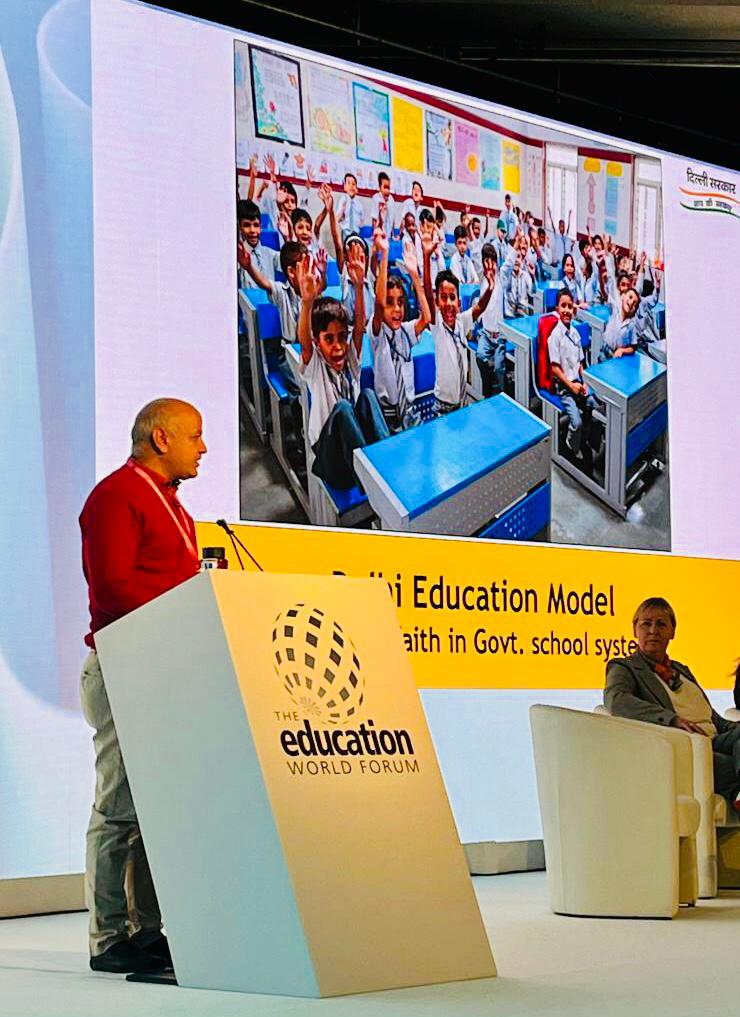 “Our students now achieve nearly 100 per cent pass percentage, surpassing private schools’ results. Also, there has been a steep rise in the number of students qualifying for prestigious exams every year. There has been a nearly 21 per cent increase in enrolment in the Delhi government schools compared to 2015,” explained the Deputy Chief Minister.
He said that about 25 per cent of the total state budget is allocated to education every year, making it the highest in India among the state governments.
“As a government, first of all, we asked the school principals and teachers to share their vision for their own school rather than telling them what they need to do. There was a ten-fold increase in principals’ financial power and they also got the authority to appoint support staff and resource persons. Capacity building and exposure of school principals and teachers in Cambridge, Finland, Singapore and Indian Institute of Management paid rich dividends,” Sisodia said.
While answering to the queries of the Education Minister of Zimbabwe on reducing dropout rates in schools, Sisodia said, ”We as a part of government just need to make the educational spaces interesting and dignified, students will come back definitely. If nations learn from each other, we can build an ideal education system – one that helps students realize their potential and become conscious citizens the world can truly be proud of.” (ANI)
This report is auto-generated from ANI news service. ThePrint holds no responsibility for its content.
Subscribe to our channels on YouTube & Telegram
Support Our Journalism
India needs fair, non-hyphenated and questioning journalism, packed with on-ground reporting. ThePrint – with exceptional reporters, columnists and editors – is doing just that.
Sustaining this needs support from wonderful readers like you.
Whether you live in India or overseas, you can take a paid subscription by clicking here.
Support Our Journalism
Copyright © 2022 Printline Media Pvt. Ltd. All rights reserved.