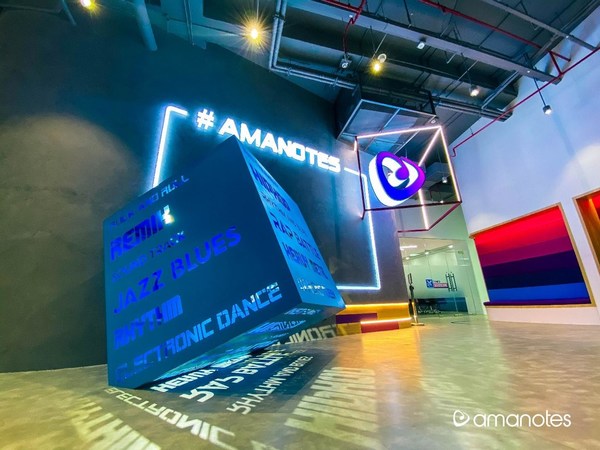 “We’re extremely proud of the journey Tiles Hop has come to,” said Bill Vo, CEO and co-founder of Amanotes. “Even though it’s a very simple game, it has received an incredible amount of love from users of all ages and backgrounds. Everyone at Amanotes and our partner, Inwave Studio, are humbled to celebrate this milestone.”
Launched in late 2017, the game is the collaboration between Amanotes and a Vietnam-based gaming studio, Inwave Studio. Tiles Hop consistently reigns at Top 5 most downloaded Music Games in both App Store and Google Play since September 2018.
“On our way to reach such impressive number, it was a restless and devoted journey from many teammates of Inwave and Amanotes. The success of Tiles Hop is the proof that we don’t need to follow the trend. Instead, we created it,” quoted Dung Nguyen, CEO of Inwave Studio. “This game is also the testament for the harmonious partnership between Inwave and Amanotes. We overcame the physical distance and made use of our strategic connection to co-create the best products for millions of users worldwide.”
Tiles Hop is free to download, with in-app purchases, on the App Store and Google Play Store, available here.
Tiles Hop game graphics and screenshot can be found here.
About Amanotes
Amanotes is a fast-growing music-tech company in Southeast Asia. Founded in 2014, their goal is to delight people with interactive music experiences. Some of their chart-topping music games include Magic Tiles 3, Tiles Hop, Dancing Road, etc.
About Inwave
Inwave is a young and dynamic gaming studio from Hanoi, Vietnam. Their vision is to bring forward mobile gaming experiences that reach millions of users worldwide. Their team is experienced, innovative and meticulous in developing their products. Their past successful apps are Tiles Hop and Dancing Road, marking a prospective future for the studio to reach further heights in the mobile gaming industry.