Shah Rukh Khan recently wrapped up the shooting of his upcoming film Jawan. Here’s everything you need to know about the project.
Shah Rukh Khan, the Bollywood superstar is set to make a grand comeback to the silver screen with some highly promising projects. King Khan recently bid goodbye to his 4-year-long hiatus from the cinema by making a terrific cameo appearance in the recent blockbuster Brahmastra. The superstar’s performance as scientist Mohan Bhargav impressed the cine-goers, who were eagerly waiting for his comeback. Shah Rukh Khan’s upcoming projects include Tamil director Atlee’s Bollywood debut Jawan, YRF’s Pathaan, and Rajkumar Hirani’s Dunki.
King Khan is collaborating with Atlee, who has been considered one of the most successful directors of the Tamil film industry, for Jawan. Even though nothing has been revealed about the highly anticipated film, the promising first-look poster suggested that Jawan is going to be high on both action and entertainment. The superstar’s decision to join hands with director Atlee came out as a great surprise for the film fanatics, as it was totally unexpected. Interestingly, the actor-director duo also refrained from launching the project officially, before finishing major portions of its shooting. 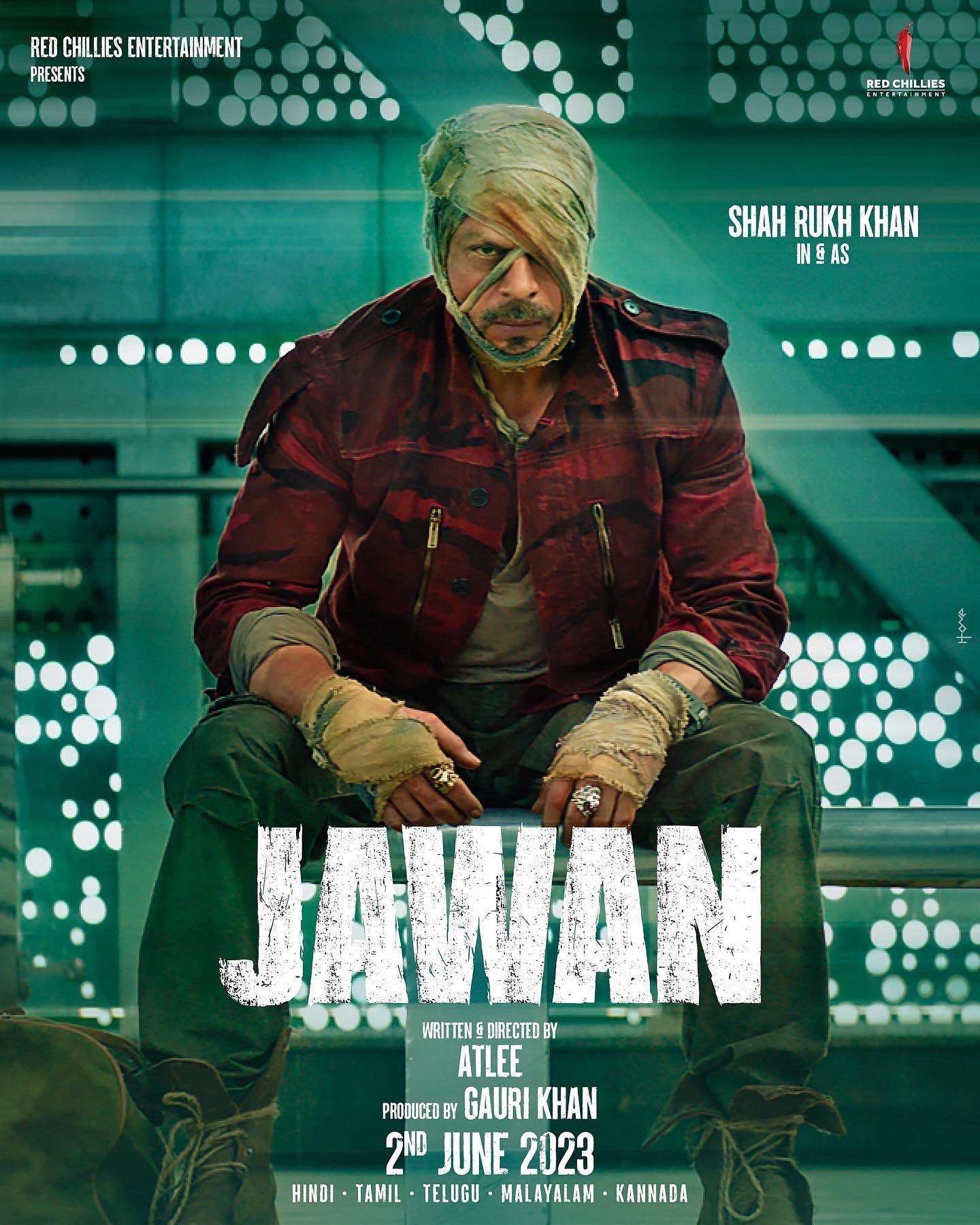 The young filmmaker began his career as a directorial assistant of master craftsman Shankar, at the age of 19. Atlee assisted Shankar in two of his most celebrated films, Enthiran aka Robot, and Nanban. He made his directorial debut in 2013 with the superhit romantic comedy Raja Rani, which featured Arya and Nayanthara in the lead roles. Atlee is one of the very rare filmmakers who have tasted success with all his directorial ventures, so far. Jawan, which is Shah Rukh Khan, is a dream Bollywood debut for the talented director, who is a massive fan of King Khan.

Jawan, which reportedly features Shah Rukh Khan in the titular role, has already garnered the attention of audiences with its stellar star cast. Nayanthara, the lady superstar of South Indian cinema is playing the female lead opposite SRK in the film. Jawan features celebrated actor Vijay Sethupathi as the lead antagonist. The project marks the third Bollywood outing of Sethupathi, after the remake of the Tamil film Maanagaram, which has been titled Mumbaikar, and Sriram Raghavan’s upcoming untitled film.
The highly anticipated project will also have Thalapthy Vijay, the Tamil superstar in a special appearance. Recently, Shah Rukh Khan and Vijay posed with director Atlee on the sets of Jawan, during the birthday celebrations of the director. The picture, which confirmed that the Master actor is indeed a part of the star cast, had set social media by storm.
Deepika Padukone, the celebrated Bollywood actress is also said to be making a cameo appearance in Jawan. Some unconfirmed reports suggest that Deepika is appearing as Shah Rukh Khan’s character’s love interest, in the flashback portions of the film. The Atlee directorial also features a stellar star cast including Priya Mani, Sanya Malhotra, Tamil actor Yogi Babu, Sunil Grover, and others in supporting roles. 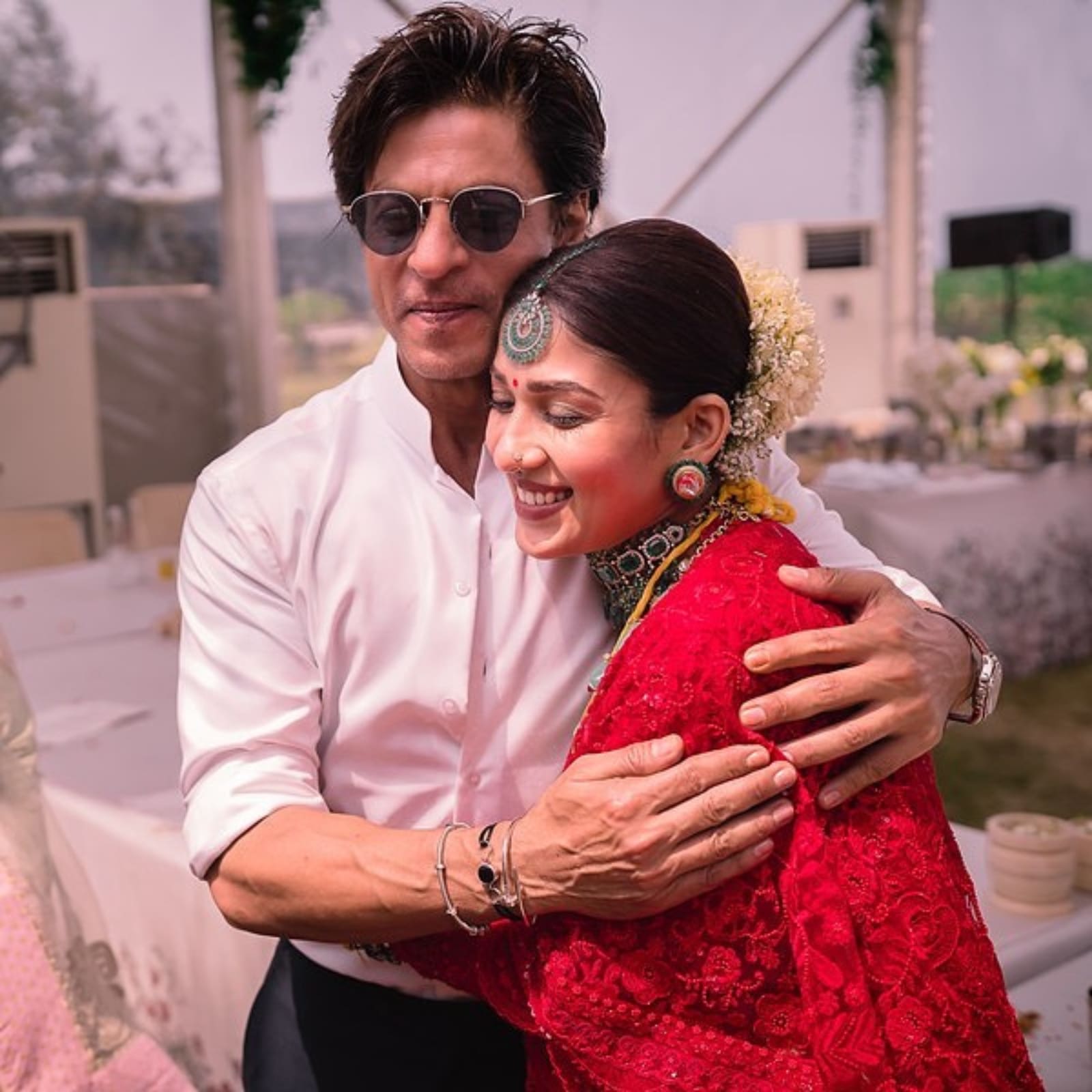 Anirudh, who is unarguably one of the most celebrated musicians in the country, is composing the songs and original scores for Jawan. When it comes to his Bollywood career, the young musician had earlier composed a song in Bejoy Nambiar’s David and handled the background score in Shahid Kapoor’s latest release Jersey. However, the Shah Rukh Khan starrer marks Anirudh Ravichander’s first-ever Bollywood outing as an independent composer.
To the unversed, AR Rahman was initially supposed to compose music for the film, thus teaming up with both Shah Rukh Khan and director Atlee, once again. However, the veteran musician backed out from the project later due to his busy schedule. Later, Anirudh Ravichander replaced him as the music composer of Jawan.
Jawan, which is produced by Shah Rukh Khan’s wife Gauri Khan under their home banner Red Chillies Entertainment, is slated to hit the theatres on June 2, 2023. The Atlee directorial, which started rolling in September 2021, was widely shot at the various locations of Chennai, Pune, Mumbai, and Hyderabad. The Shah Rukh Khan starrer is gearing up for a massive pan-India release in five languages, including Hindi, Tamil, Malayalam, Telugu, and Kannada.
ALSO READ: Shah Rukh Khan celebrates Jawan's schedule wrap with Rajinikanth, Vijay, Nayanthara and Atlee