ANI | Updated: Feb 16, 2022 14:10 IST
Mumbai (Maharashtra) [India], February 16 (ANI): Just when India was reeling from the loss of legendary singer Lata Mangeshkar, it woke up to the loss of another pillar of the music industry, the evergreen ‘Disco King’, Bappi Lahiri. The composer-singer passed away on Tuesday night after battling Obstructive Sleep Apnea. He was 69.
Born as Alokesh Lahiri, music ran in his blood as both his parents, Aparesh Lahiri and Bansuri Lahiri, were Bengali singers and musicians in classical music and Shyama Sangeet.
Singer Kishore Kumar, who crooned a lot of melodies for him, was his maternal uncle. Even though there was a plethora of talented singers and musicians, Bappi Da had made a distinct identity for himself with his unique voice and melodious compositions. His career spanned over four decades, starting with the 1973 film, ‘Nanha Shikari’ and his first Hindi composition was ‘Tu Hi Mera Chanda’ sung by Mukesh.
He had made a record by composing for 12 super-hit silver jubilee movies starring Jeetendra as the lead hero in the period 1983-1985. He entered the Guinness Book of World Records for recording over 180 songs for 33 films in 1986. His last song was for ‘Baaghi 3’ in 2020. Bappi Da was vividly remembered for his out-there persona, adorned with gold jewellery and black goggles.
Although it is impossible to pick and choose from the plethora of hit songs composed and sung by the legend, here are some of his best songs, which have the magical power of not just invoking emotions, but also staying with us long after the song finishes. That was the power of the genius, Bappi Da.
1. ‘I am a Disco Dancer’: Who can ever forget the iconic Mithun Chakraborty and his signature moves in a shining silver costume in this song from the film ‘Disco Dancer’? Mithun Da tasted success with this trendsetting song, composed by Bappi Lahiri and sung by Vijay Benedict. The song became a raging hit and is still one of the most standout compositions from the 80s. Bappi Da used ample synthesizers and popularised the use of synthesized disco music in Indian cinema. He changed the game in the music industry with a single composition. The song is still extremely popular.

2. ‘Yaar Bina Chain Kahan Re’: Another gem in his discography is undoubtedly this foot-tapping number from the 1985 film, ‘Saheb’, starring Anil Kapoor and Amrita Singh. Crooned by the composer himself and S Janaki, this song was a monstrous hit. From its costume to its set design, to its instrumentation, this song has ’80s’ written all over it. It is one of the most popular tracks sung by Bappi Da.

3. ‘Raat Baaki Baat Baaki’: This raging hit from ‘Namak Halal’ (1982), voiced by the legendary Asha Bhonsale was not just composed but also co-sung by Bappi Da. It was picturised on the mesmerising beauty, Parveen Babi, Shashi Kapoor and Amitabh Bachchan. The iconic black shining dress of Parveen and her sensual moves elevated the song to another level. Bappi Da’s soft and subtle voice showed that sensuality did not need loudness to it. The film was a box office blockbuster and Bappi Da’s music was the talk of the town again. All his songs from the film were super-duper hits.

4. ‘Pyaar Manga Hai Tumhise’: Bappi Da was not just a disco-themed composer, but also an extremely versatile one. This heart-warming song, sung by Kishore Kumar was from the 1978 film ‘College Girl’. The song shows actor Bindiya Goswami looking at actor Sachin on television, with him performing with a band and singing (as if to her), “pyaar manga hai tumhise, na inkaar karo” (I have asked only love from you, please don’t say no). The voice of Kishore Da has the power to melt the listeners and this song had an extremely dreamy feeling to it. It is truly one of Bappi Da’s gems.

5. ‘Kisi Nazar Ko Tera’: While most people remember Bappi Da as the one who brought disco music to the Indian Film industry, not many people are privy to the work he has done in other genres of music like ghazals. This heart-touching ghazal, which has a melancholy tone and reeks of pain, was composed by none other than Bappi Da himself.
Sung in the soulful voice of Bhupendra and Asha Bhonsale, this song is from the 1985 film, ‘Aitbaar’ starring Raj Babbar, Dimple Kapadia and Suresh Oberoi. It starts with a melodious ‘alaap’ in the voice of Bhupendra. The song has been picturised on Dimple Kapadia and Suresh Oberoi. Bappi Da weaved magic with this unforgettable ghazal.

6. ‘Naino Mai Sapna’: This song from the film ‘Himmatwala’ (1983) was a stupendous success and so was the film. It was pivotal in establishing Sridevi in Hindi cinema. Picturised on Jeetendra and Sridevi, this song was composed by Bappi Da and crooned by the evergreen pair of Asha Bhonsale and Kishore Kumar. Sridevi’s bejewelled look made her look nothing less than a dancing Goddess and Bappi Da’s ever heart-pumping music elevated her to the next level. 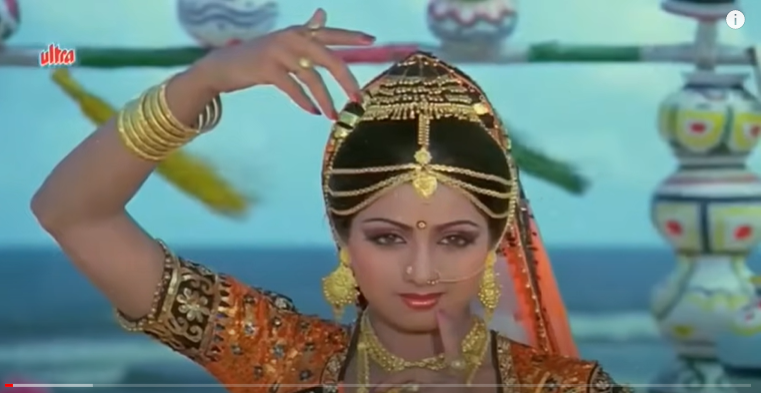 7. ‘Tamma Tamma Loge’: This song from the film ‘Thanedaar’ (1990) became an instant chartbuster due to its quirky dance moves and lyrics. The dance steps were very similar to the famous Michael Jackson song ‘Bad’. It was picturised on Sanjay Dutt and Madhuri Dixit and choreographed by the Late Saroj Khan. It was crooned by Bappi Da and Anuradha Paudwal. The tune was inspired by two songs from Mory Kante’s 1987 album ‘Akwaba Beach’: ‘Tama’ and ‘Ye ke ye ke’. The song was reprised for the 2017 film ‘Badrinath Ki Dulhania’, by Tanishk Bagchi. The song is still played when people hit the dance floor.

8. ‘Mana Ho Tum Behad Haseen’: Another melody by Bappi Da, was this song, from the 1978 film, ‘Toote Khilone’, starring Shekhar Kapur and Shabana Azmi. Shabana’s father Kaifi Azmi penned the lyrics for this song. It has been sung in the dreamy voice of Yesudas. This song too became a super-duper hit. The song had everything, from guitar to piano to chorus singers. It is one of the most romantic songs composed in Hindi cinema. 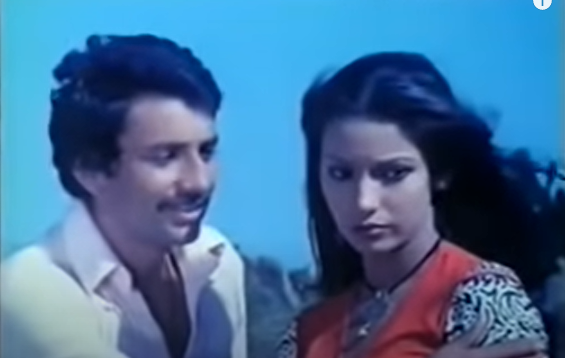 9. ‘Aao Tumhe Chand Pe Le Jayen’: Sung in the voice of the Nightingale, Lata Mangeshkar herself, this song from the 1975 film ‘Zakhmee’ was one of Bappi Da’s early hits. Picturised on Sunil Dutt and Asha Parekh, this song is such a melodious lullaby that it feels like a mother humming it for her little angel. It is an angelic composition and has the power to move anyone with its soulful lyrics and lovely music.

10. ‘Kabhi Alvida Na Kehna’: The song that we all have sung while saying our goodbyes during school and college farewells and which makes us teary-eyed without fail, is truly this masterpiece by Bappi Da from the 1978 film ‘Chalte Chalte’, starring Simi Garewal and Vishal Anand. 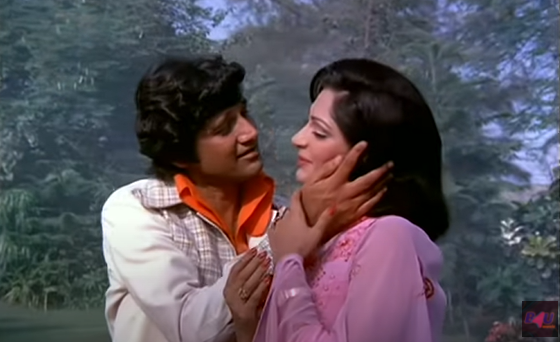 The last song in this list essentially translates to “remember by words… never say goodbye”… which is truly how India will remember the Legendary Bappi Da. He was, is and will forever be… the Golden music composer and singer that India was truly blessed to have. (ANI)