SEARCH
LANGUAGE
FOLLOW US ON
FEEDBACK
This was the second time that actress Jacqueline Fernandez was questioned in the case by Delhi Police’s Economic Offences Wing. 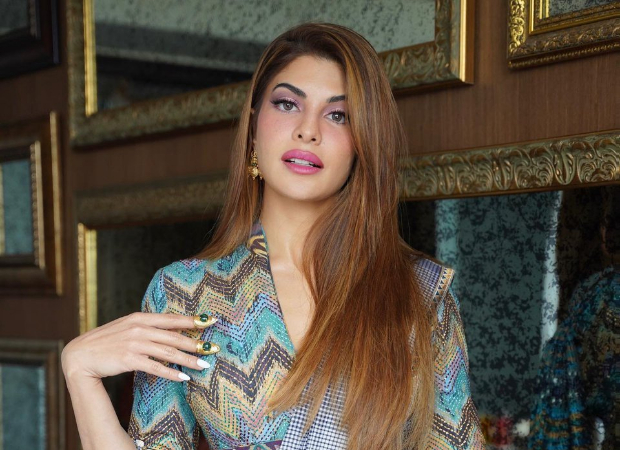 It was earlier reported that the conman had allegedly offered a motorcycle to Jacqueline Fernandez’ agent Prashant on his birthday but the latter declined the gift. The police earlier revealed that Sukesh had left the motorcycle along with the keys at Prashant’s residence, which was later seized by the police.
Previously, the actress was accused of having a connection with Sukesh Chandrashekhar and it was alleged that about Rs. 7.27 crores of funds were seized from the actress in the name of proceeds of crime. The actress has been previously questioned thrice in the same case under the Prevention of Money Laundering Act (PMLA).
According to a report in News18 earlier, a fixed deposit worth Rs. 7.12 crore was allegedly attached to Jacqueline Fernandez’ name. Infact, the ED estimated that Sukesh gifted gifts “worth Rs. 5.71 crore to Jacqueline using the extortion money. It is also said that Sukesh gave funds close to $173,000 and around 27,000 Australian dollars to a few close members of Jacqueline’s family.”
In Sukesh Chandrashekhar’s statement recorded earlier under Section 50 of the PMLA (Prevention of Money Laundering Act), Sukesh revealed that he gave as many as 15 pairs of earrings, five Birkin bags, and other luxury goods from brands like Chanel and Gucci to the actress. The conman also claimed that he gifted Jacqueline Cartier bangles and rings and a bracelet by Tiffany & Co. in addition to Rolex watches. He also claimed that he had given Jacqueline jewellery worth Rs. 7 crore and gifted her a horse named ‘Espuelah’.
In addition, Sukesh Chandrashekhar also extended a loan of $150,000 to Jacqueline Fernandez’ sister, who lives in the US. He allegedly also gave her a BMW X5 car and gifted Jacqueline’s parents a Maserati and her mother in Bahrain a Porsche. He reportedly also extended a loan of $50,000 to her brother in Australia.
In its chargesheet, the Delhi Police has accused Sukesh Chandrashekhar and 13 others of duping the wife of the former promoter of Ranbaxy to the tune of Rs. 200 crore. Officials believe Sukesh Chandrashekhar extorted Rs. 200 crore from the complainant by claiming that he would facilitate her husband’s release from prison.
Catch us for latest Bollywood News, New Bollywood Movies update, Box office collection, New Movies Release , Bollywood News Hindi, Entertainment News, Bollywood Live News Today & upcoming movies 2022 and stay updated with latest hindi movies only on Bollywood Hungama.
No Releated Data

10 Movies To Watch If You Liked Bullet Train – Screen Rant