Vietnam’s commercial capital Ho Chi Minh City
International finance has its share of gripping personal sagas: the Rothschilds’ role in shaping modern nations, the repeated rise and fall of Portugal’s Espirito Santo family and China’s Cultural Revolution survivors who now run some of the world’s biggest banks.
But few financial centres boast as many compelling individual life stories among their banking ranks as Vietnam’s commercial capital, Ho Chi Minh City, the thrusting port city that recent history knows better as Saigon.
These stories are those of so-called Viet Kieu, the half million or so foreign-educated returnees to Vietnam from refugee families who fled South Vietnam during the 1970s and 1980s, part of the so-called boat people exodus, as the victorious communists of the north brutally unified the country after winning what they call the Resistance War and what the rest of the world knows as the Vietnam War.
This Vietnamese diaspora numbers around five million internationally. They have made prosperous homes in places such as California’s Orange County and Montreal’s south shore, and have transformed once-gritty inner suburbs of Australian cities Melbourne and Sydney.
According to data compiled by the Melbourne City Council, the common Vietnamese surname Nguyen is the second-most listed after Smith among telephone subscribers.
Today the Viet Kieu are sprinkled across the country’s young financial markets, running banks, private equity houses, fund managers and securities firms, advising bureaucrats and helping modernize Vietnam’s economy. They are also relatively youthful – 30- and 40-somethings doing important jobs that glass ceilings might have excluded them from in the West so early in their careers.
Their influence spreads beyond finance. Viet Kieu populate Vietnam’s entrepreneurial ranks as managers of the nation’s fashionable bars and restaurants, boutique stores and art galleries. They are represented in professions such as architecture, design and medicine, combining Western service standards with local sensibilities.
Modern Vietnam’s popular culture is heavily influenced by Viet Kieu; and with the diaspora’s strong cultural emphasis on education, in part imbued by starting-again refugee parents, Viet Kieu also provide a large talent pool for employers and investors in Vietnam.
Western-minded, the Viet Kieu blend easily with Vietnam’s burgeoning ‘doi moi generation,’ the 20- to 30-somethings born locally after Vietnam’s transformative adoption in 1986 of economic reforms that tilted the country away from a Marxist command economy to today’s progressive embrace of the free market.
Akin to the perestroika reforms of Mikhail Gorbachev’s Soviet Union and China’s ‘open door’ policy of the late 1970s, those reforms were known in Vietnamese as doi moi, meaning to exchange (doi) with an implication of innovation, moi meaning new.
More than 30 years on, Vietnam’s doi moi generation don’t bear the same wariness toward banks and technology as do their parents and grandparents, who’ve faced war, corruption, economic collapse, doctrinaire communism and business nationalization.
The doi moi generation is more open to foreign trends and fashions, particularly those drawn from the Viet Kieu.
Indeed, such is the penetration of Viet Kieu in corporate Vietnam that an identifying linguistic marker has emerged in common parlance that distinguishes these returnees from locals. Although the diaspora and locals are ethnically Vietnamese, the diaspora returnees are identified by subsets: French-Vietnamese, Vietnamese-American and so on.
Vietnamese from a local non-refugee background, even if they’ve been educated abroad, tend to be identified as ‘Vietnamese-Vietnamese’ in day-to-day conversation. The distinction implies a different mindset; the Viet Kieu are seen to be inherently capitalist and carrying little of the ideological baggage of Hanoi’s notionally communist government.
Gathered mostly in Saigon, it’s a rare Viet Kieu in Vietnam who doesn’t have a poignant tale of personal sacrifice, of overcoming family distress and dislocation.
“Everyone here has a story,” says Vietnamese-Australian investment manager Khanh Vu, who was 18 months old when he fled chaotic Vietnam by boat with his family in the late 1970s for a new life in Sydney. “It is just a given, but no one much talks about it because we’ve all moved on, the country’s moved on and there’s too much exciting stuff going on out there.” 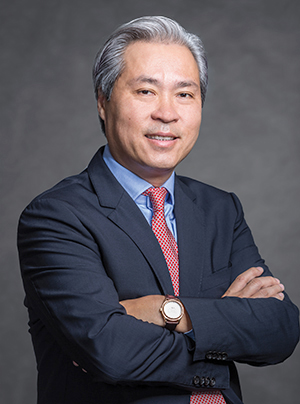 Don Lam, Vina Capital
Indeed, almost two generations on from the conflict, Vietnam has changed and so has the attitude towards it of its prosperous diaspora and by local Vietnamese towards the country’s Viet Kieu community.
Quan Le, chief partnership officer at investment bank Ho Chi Minh Securities remembers local opposition to Viet Kieu when he first returned to work in Vietnam in 2005 from Los Angeles, where he had been a marketing executive at Disney after fleeing Vietnam as a child.
“The first wave of returnees was seen, not unjustifiably in some cases, as arrogant carpetbaggers,” he says. “These were people who were drawn by quick money, quick profits; but as Vietnam progressed, you see more and more professional people coming back here.”
Vinh-Tuan Ngo, the French-Vietnamese head of investment banking at Viet Capital Securities, says: “There are other people who come here, who were not very successful in the US or elsewhere and they come here like they are hotshots when they are not hotshots.”
Dominic Scriven, an Englishman who runs one of Vietnam’s leading foreign investment firms, Dragon Capital, remembers that Viet Kieu were viewed with suspicion when he first arrived in Vietnam in 1990, soon after the so-called doi moi market reforms that transformed the economy. This was when there were still governments in exile in places like California, drawing support and funds from the diaspora and the US government.
Quan Le says that when he was growing up in his adopted home in Orange County in southern California, the “strong anti-communist sentiment” in the area’s Vietnamese community, the biggest in North America, was akin to that in Florida among the anti-Castro community who had fled Cuba after the revolution in 1959.
Diaspora Vietnamese were allowed into Vietnam for family reunions, but their business and social activities were restricted and closely monitored.
Indeed, the early days of the doi moi reforms are littered with stories about how get-rich-quick diaspora businessmen pushed the reformist regime too far and came undone in corruption scandals.
But around the late 1990s, says Scriven, he first began noticing government ‘welcome home’ booths at airports directed at the Viet Kieu community, with invitations to invest.
“I think they realized, pragmatically, that here was a potential pool of money and expertise,” he says.
Khanh Vu, deputy managing director of one of Vietnam’s pioneer investors, Vina Capital, says he is “often floored by the ignorance” about Vietnam, including that of Vietnamese living abroad, that it is a war-torn, dangerous country.
“That was 1975, more than a generation ago,” he says. “It’s such a forgiving, lets-move-on type of environment.”
Vu’s story is typical of many Viet Kieu. He fled Vietnam on a rickety refugee boat immediately after the war.
His father, a pilot for the defeated South Vietnamese government’s air force, captained the boat, which was crammed with hundreds of people, many of them South Vietnam’s business elite and middle class. They made their way to refugee camps in Indonesia and Malaysia, and eventually to Australia.
Vu grew up speaking Vietnamese and English, studied commerce at college and got a post-graduation job at Arthur Andersen and then at Australian investment bank Macquarie, which transferred him to New York just as Bear Stearns and Lehman Brothers were imploding in 2008.
Vu took a year off and then joined Vina when it opened an office in Singapore, returning to Vietnam in 2013, he says with his parents’ blessing.
“They said to me: ‘Go back and make a difference.’”
And he is. Vina Capital, founded in 2003 by another Viet Kieu, Canadian returnee Don Lam, is one of the biggest capital market investors in Vietnam, managing a combined $3.5 billion in funds on its own account and for international investors.
When Vina Capital was launched, there were just 50 listed companies in the country. Today there are more than 750 and the market capitalization is around $150 billion.
Vu’s colleague Andy Ho, Vina’s chief investment officer is Vietnamese-American, an MBA graduate of the Massachusetts Institute of Technology who returned to Vietnam 15 years ago with fund manager Prudential, one of the early Western investors in Vietnam’s capital markets.
(Prudential today dominates the Vietnamese insurance and investment sector, and the country has been one of the Pru’s most successful diversifications. Indeed, Prudential had a policy of hiring Viet Kieu to its executive ranks through the 1990s and 2000s, and its alumni litter the business and banking ranks in Ho Chi Minh City.) 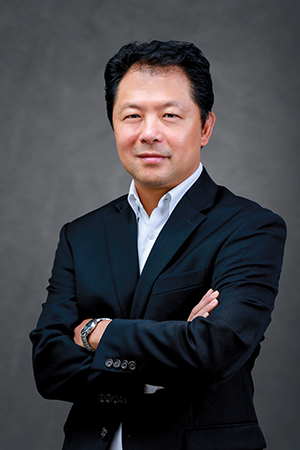