About Us
Advertise
APRIL 25 — The coming Raya celebration come early May would witness a new beginning in the move towards the endemic period — with all restrictions on business operating hours removed and prayer activities allowed without physical distancing, among others. However, the number of applications received by the Employees’ Provident Fund (EPF)’s special withdrawal facility throughout this month indicated that the rakyat require more money to settle their outstanding debts and current expenses.
As of April 15, EPF has received 5.3 million applications in total — amounting to RM40.1 billion within two weeks since the application opened on April 1. Out of 11.95 million eligible EPF contributors, 44 per cent decided to withdraw up to RM10,000 per person from their savings during this round.
Under the previous three rounds of the EPF withdrawals during the Covid-19 pandemic in 2020 — i-Lestari, i-Sinar and i-Citra, some 7.34 million EPF members had withdrawn RM101.1 billion.
Nonetheless, this does not prevent more EPF contributors from withdrawing their savings for immediate financial relief.
In October 2021, EPF warned that a total of 6.1 million members now have less than RM10,000 savings in their retirement funds. The worst is that 3.6 million contributors have less than RM1,000 in their accounts.
Out of the 3.6 million contributors, two million Bumiputera members have less than RM1,000 savings.
During the April month, more than half of the eligible B40 members and M40 members applied for the latest withdrawal facility — at 55 per cent and 59 per cent, respectively. At the same time, 39 per cent of T20 members and 29 per cent of informal (self-employed or no formal employment) and inactive members also form part of the 5.3 million applications.
In terms of ethnicity, EPF revealed that most applicants comprised Bumiputera Malays (63 per cent), followed by Chinese (12 per cent) and Indians (7 per cent). The remaining 17 per cent of applicants consisted of Bumiputera Sabah and Sarawak and non-Malaysians.
With the Raya festival approaching, it is plausible for the Malay members to utilise the additional EPF funds to buy traditional Malay costume or pay accrued expenses ranging from utilities, rent, car or loan instalments and children’s education.
Also, the current EPF withdrawal scheme will be applicable to married Malay couples from the lower-income bracket who do not have sufficient money to pack duit raya for their children and relatives who remain single.
Notwithstanding, the EPF withdrawal schemes could reduce financial burden, especially among contributors who suffer from the pandemic and flood losses in the short term. However, when EPF contributors exhaust all of their savings later, they will fall deeper into poverty and debt. They might not even be able to afford daily necessities to sustain their living.
Such a phenomenon is especially true among self-employed whose earnings can be highly variable. They may not have the ability to commit to annual premiums or may not have enough credit rating scores to gain access to loans from the banks.
If they cannot access loans from formal financial institutions, their last resort is to borrow money from moneylenders with high or exorbitant interest rates. When they cannot repay the debt within a specified time frame, suicide might be a way out of their financial misery.
In the long run, lower retirement savings among Malaysians might trigger more social problems in Malaysia. When more individuals are unable to feed themselves, committing crimes for survival is a likely outcome, even though they are aware that crime is a harmful act not only to themselves and the victims but also to the wider community.
A Netflix South Korean drama series, Squid Game, released last year, epitomises the grim and harsh reality facing lower-income groups, especially in relation to indebtedness. Although South Korea has become a developed nation, some South Koreans still face barriers to earning higher disposable income due to soaring house prices and limited upskilling and job opportunities.
With the persistent rise of food price inflation in Malaysia, Malaysians who reach their official retirement age of 60 eventually have to either deplete savings for old-age survival or secure loans to start small businesses. 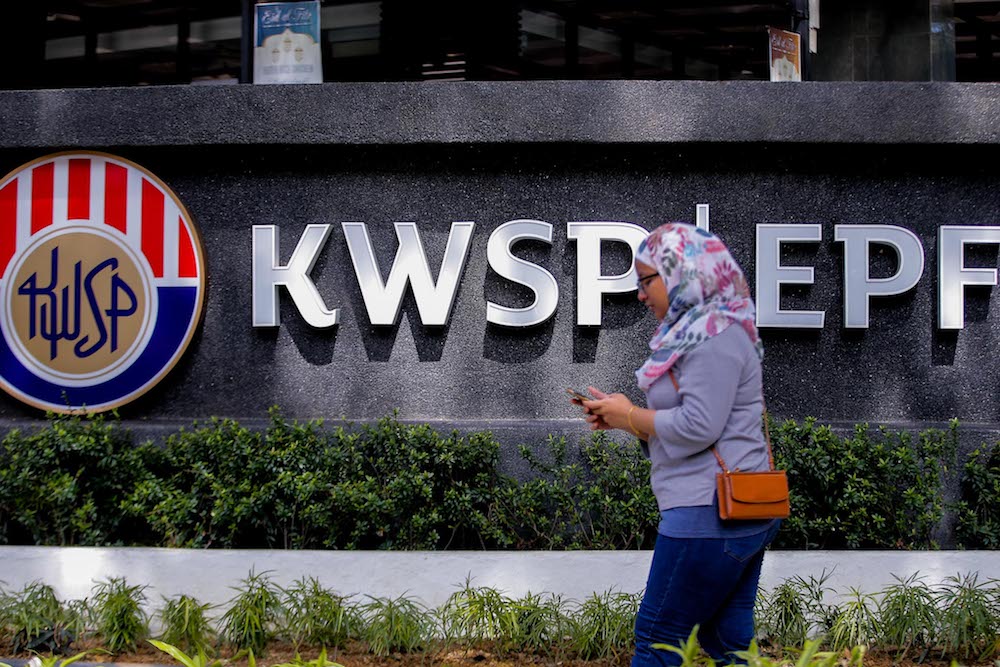 The Department of Statistics Malaysia (DOSM) showed the latest Consumer Price Index (CPI) increased moderately by 2.2 per cent — from 122.5 in February 2021 to 125.2 in February 2022. Main ingredients such as condensed milk and evaporated milk to make coffee or tea, vegetables, poultry, eggs and other food items are becoming more expensive.
There is also an increasing concern that in addition to the current EPF’s special withdrawal facility, Buy Now Pay Later (BNPL) and Touch n Go’s (TNG) GOpinjam schemes would make more young Malaysians incur more debt than savings.
BNPL is a type of short-term financing that allows consumers to purchase first and pay afterwards without any interest fees imposed over a short-term period (i.e., 3 or 6 months).
GOpinjam scheme provides so-called “small” or “manageable” (uncollateralised) loans to low-income individuals and households.
Millennials and Gen Z who have just entered the job markets would be attracted to both schemes as they could stretch their payments into several months. However, if customers could not fulfil payment within the specified timeframe, they have to pay an additional penalty fee under BNPL. If they could not repay the debt after all, the BNPL companies might notify the debt collectors, eventually.
In his recent piece titled “Buy now, pay later’ schemes need regulation” (The Star, April 12, 2022), Secretary-General of the Federation of Malaysian Consumers Associations (Fomca) Dr Paul Selva Raj revealed that 68 per cent of Malaysians opined not saving enough. In addition, 52 per cent say they would have difficulty raising RM1,000 to face an emergency and 47 per cent admit to being excessively over-indebted.
Although the minimum qualifying monthly salary requirement under the GOpinjam scheme is only RM800 and Malaysian citizens aged between 21 and 63 can borrow from RM100 up to a maximum of RM10,000, some customers might find it hard to pay the accumulated interest of 8 per cent up to 36 per cent per annum.
Hence, for Malaysians to manage their expenses and budget wisely, EMIR Research has several policy recommendations to recommend for the different stakeholders:
For the government:
When the children realise the importance of financial literacy, they can adjust their lifestyle expectations when growing up by trying to buy more affordable products based on their needs and budget constraints. They also could manage their debts accordingly and accumulate more savings for retirement.
After the training, the government should continue monitoring their progress for a minimum of six months to ensure the programmes have long-lasting positive effects.
For BNPL and TNG GOpinjam Service Providers:
Citizens also have to be responsible in their personal finance management.
In a nutshell, financial literacy is the responsibility of all.
* Amanda Yeo is Research Analyst at EMIR Research, an independent think tank focused on strategic policy recommendations based on rigorous research.
* This is the personal opinion of the writer or publication and does not necessarily represent the views of Malay Mail.