Technology is currently steering the compass of global development. The digital economy directly impacts every sector of the economy. And as a result of this influence in today’s world, Nigeria’s teeming young population is investing in diverse digital skills.
The government and private organisations have also made efforts to provide Nigerian youths with the necessary digital skills to keep up with the global technological revolution. In 2016, the Lagos State Government unveiled “Code Lagos”, a computer programming initiative to teach a million students to code by 2019. Unfortunately, the initiative is said to be ineffective.
During the pandemic, Microsoft Corp. helped over 30 million people in 249 countries and territories, including Nigerians, gain access to digital skills through its Global Skilling Initiative (GSI). GSI has engaged over 196,000 learners, according to Akin Banuso, Country Manager at Microsoft Nigeria.
Early this year, Ingressive For Good and HNG Internships announced the training of 50,000 African youths in design and software development, in line with her commitment to increasing their earning power. Cowrywise also set up a fund to train and place women in entry design roles in any of these three fields, Product design, graphic design, or brand identity design, to challenge gender inequality in the Nigerian design space. These are a few of the many initiatives to promote digital skills learning in Nigeria.
And, while there are many digital skills, some are more in demand due to the impact and value they provide. Some of these digital skills are discussed below in no particular order of importance.
Programming, Web and App Development
Computer programming is the process of instructing a computer to perform specific tasks by providing it with instructions written in special characters (codes) that can be processed by the computer but are often difficult for a layperson to understand.
This skill is a fundamental part of tech products or digital services as it is used to create web pages, design their layout, and ensure their functionality. As companies, businesses, and institutions move online, programmers are needed to develop and design websites and applications to be used by customers on mobile gadgets. Programming languages include Python, Ruby, Javascript, and MySQL.
According to Bolu Adedamola, a freelance software engineer who has worked for Boca consult and House of freedom, the duration of learning how to programme is determined by the individual’s level of interest. “I started coding for about three months before I started earning money. I have seen people who learned for six months before getting a job or earning money, but I haven’t seen anyone go beyond six months because if you do it for six to seven months and don’t get anything, you’re likely to abandon it,” he said.
He puts the range for starters earning at about N70,000-N100,000, junior role (N150,000), middle level (N300,000- N400,000), and senior level at about N500,000 and above.
Social Media Management
People frequently spend a lot of time on social media, which is advantageous for businesses that rely on it to thrive. Popular web-based social media like Facebook, Twitter, and Instagram have become offices for several business owners and organizations. It is an efficient virtual portal through which they get across to customers.
Social media managers assist these businesses and organizations in managing their accounts, growing their online presence, and creating awareness, all of which contribute to business growth.
According to Kayode Odunayo, a social media manager at DMR studios, social media management is simply managing content on social media platforms such as Facebook, Twitter, Instagram, Linkedin, and others. It gets more complicated when it comes to Search Engine Optimization (SEO) and Search Engine Marketing (SEM) (SEM). 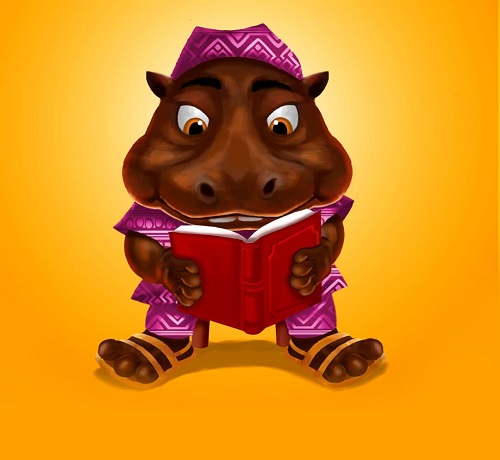 He also stated that it is not an easy skill to learn or pick up, unlike some of the skills listed in this article. “To learn digital illustration, you must have some drawing talent that you can hone over time. The length of time it takes to learn this skill is determined solely by the individual’s interest “Ezeokeke stated.
According to him, an illustrator’s salary is determined by several factors, including the person’s location, level of expertise, and clientele. He explained that illustration is a skill that is valued and in higher demand in countries other than Nigeria, where demand is low.
“When I first started as an illustrator in 2013, I charged N2,000-N3,000 per illustration, but in 2021, some Nigerians would call you to help with an illustration for N5,000. That is the creative industry’s challenge; people undervalue our work. A foreign customer can pay N25,000 per illustration. In 2014, I charged N18, 000 per illustration for the Red Cross organization I worked for,” he explained.
Salary explorer estimates that an illustrator with less than two years of experience can earn N120,000 on a full-time basis.
Written by Adekunle Agbetiloye